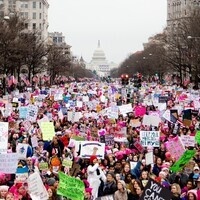 Dr. Dana R. Fisher from the University of Maryland will discuss her new book: American Resistance.  American Resistance traces activists from the streets back to the communities and congressional districts around the country where they live, work, and vote. Using innovative data and interviews with key players, Fisher analyzes how Resistance groups have channeled outrage into activism, using distributed organizing to make activism possible by anyone from anywhere, whenever and wherever it is needed most. Beginning with the Women’s March and following the movement through the 2018 midterms, Fisher demonstrates how the energy and enthusiasm of the Resistance paid off in a wave of Democratic victories. She reveals how the Left rebounded from the devastating 2016 election, the lessons for turning grassroots passion into electoral gains, and what comes next. American Resistance explains the organizing that is revitalizing democracy to counter Trump’s presidency. In addition to discussing the findings in the book, Dr. Fisher will connect the growing Youth Climate Movement in the US to the American Resistance and discuss what we can see as we march towards 2020.

Dana R. Fisher is a Professor in the Department of Sociology at the University of Maryland.  Her research focuses on studying democracy, civic participation, activism and environmental policymaking.  She is currently involved in projects that study the youth climate movement, the Resistance, and the relationship between civic engagement and climate change.  In addition to six books, she has published her work in over sixty peer-reviewed journal articles.  Recent articles have been published in Nature Climate Change, Science Advances, PLOS ONE, Sociological Theory, and Sociology Forum.  Professor Fisher has appeared on CNN, MSNBC, and PBS Newshour, and various programs on NPR to discuss her work. She has also published a series of pieces in the Monkey Cage at the Washington Post. She has presented her work to federal agencies, foundations, and other organization, including the National Oceanic and Atmospheric Administration (NOAA) Climate Program Office, the State Department International Visitor Leadership Program, the Let’s Move Campaign in the Obama White House, the Brookings Institution, and to program members at the John S. and James L. Knight Foundation, the MacArthur Foundation, and the US National Academies of Sciences, Engineering, and Medicine.  Fisher earned her undergraduate degree from Princeton University and a Ph.D. in Sociology from the University of Wisconsin, Madison.