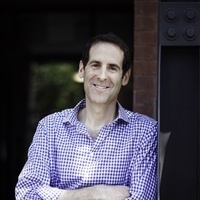 Breaking the Spell of Capitalism (Through Collaboration, Crypto and COMMON)

Entrepreneur and investor Rob Schuham discusses ways capitalism can be made fundamentally less toxic, referencing specific platforms and think tanks with which he is directly involved.

Rob Schuham co-founded and created COMMON, a global social venture platform and community, which provides entrepreneurs and their social enterprises meaningful content and professional services, as well as access to a growing, values-aligned community of hundreds of other entrepreneurs and companies.  He is an advisor to Al Gore’s Carthage Group, working on special projects, and prior, rebranded the Climate Reality Project, where he then worked on digital transformation and culture-shifting narrative and campaigns.

Schuham was a founding partner of Undercurrent, where he consulted with global, complex corporations on far-reaching digital and organizational strategy, helping to design faster, more agile business cultures and digital architectures for some of the largest brands in the world, including GE, American Express, Estée Lauder, Ford, Bill & Melinda Gates Foundation, Millennium Promise and many others. He also founded Action Marketing, an award-winning global experiential and digital agency, concepting and executing what's never been done before for brands such as adidas®, Ford, McLaren, PepsiCo, Clif Bar, Progressive Insurance, the NBA and many others.

Schuham is also an active angel investor, a GP in three early-stage venture funds, principle capital and advisor to MADE Movement agency, Fearless Unlimited consultancy and a mentor and investor in Boomtown Accelerator and Darkfield Cyber Security Accelerator.

Schuman professionally “grew up” up at storied ad agencies, including Chiat/Day in San Francisco and Ayer in New York and Chicago, working on packaged goods, sports, high-tech and fashion brands. He then joined Schwinn Cycling & Fitness to help re-launch and re-position it to the American marketplace. He later became a director at iconic adventure film and television studio, Warren Miller Entertainment, where he founded Action Marketing.