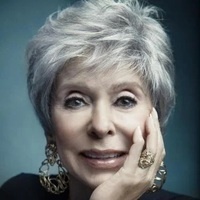 An Evening with Rita Moreno

Award-winning singer, dancer and actress Rita Moreno will speak at CU Boulder on Tuesday, Sept. 20, at 7 p.m. in the University Memorial Center’s Glenn Miller Ballroom. Moreno is one of only 17 performers to have won entertainment’s grand slam of prestigious awards—the Emmy, Grammy, Oscar and Tony (EGOT).

The free event is sponsored by the CU student-run Cultural Events Board. No tickets are required, and attendees will be seated on a first-come, first-served basis. CU Boulder affiliates will be given seating priority.

“Rita Moreno is a strong, powerful, and successful woman in a male-dominated industry and her ability to rise to the level she has is both impressive and inspirational,” said Cole Metcalf, the Cultural Events Board speaker coordinator.

“The board anticipates she will give great insight about her perseverance throughout her career and her lifelong experience will provide inspiration to students today.”

Moreno has won all four of the most prestigious awards in show business: an Oscar, a Tony, two Emmys and a Grammy. Her countless credits span more than seven decades, beginning with her Broadway debut at age 13. Moreno has starred on Broadway and London's West End, appeared in more than 40 feature films, and countless television shows, and has performed in numerous regional theaters.

Moreno recently starred in the critically-acclaimed Latino remake of Norman Lear’s classic sitcom One Day at a Time on Netflix and guest-starred in primetime TV series such as Getting On, Jane The Virgin, Grey’s Anatomy and Grace and Frankie. Moreno—who earned her Oscar in 1962 for playing Anita in West Side Story—was an executive producer of the 2021 Steven Spielberg remake.

Moreno published a memoir in 2011, which quickly became a New York Times bestseller, and in 2015 she released her first-ever all-Spanish language album Una Vez Más, produced by her good friend, Emilio Estefan. The 2021 documentary Rita Moreno: Just a Girl Who Decided to Go For It explores how Moreno defied her humble upbringing and racism on her way to stardom.

About the Cultural Events Board

The Cultural Events Board’s mission is to provide programming that brings culture, diversity and social awareness to the CU Boulder campus.