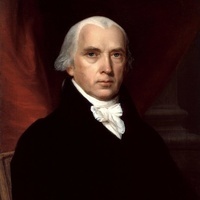 Conflict rather than concord seems to be the norm in American politics today.  However, one of the main architects of the Constitution, James Madison, envisioned the United States as a nation of friends.  What was Madison's design to promote a harmony of sentiments, interests, and views among the citizens of the nation?  Is Madison's blueprint for civic friendship in America still relevant today?

Colleen A. Sheehan is Professor of Politics and Director of the Matthew J. Ryan Center for the Study of Free Institutions and the Public Good at Villanova University, where she teaches courses in American Political Thought and Politics and Literature. She has served in the Pennsylvania House of Representatives and on the Pennsylvania State Board of Education. She is author of The Mind of James Madison: The Legacy of Classical Republicanism, James Madison and the Spirit of Republican Self-Government, and Friends of the Constitution: Writings of the “Other” Federalists, 1787-88 (with Gary L. McDowell). She has published numerous articles on the American Founding and eighteenth century political and moral thought in journals such as William and Mary Quarterly, American Political Science Review, Review of Politics, Georgetown Journal of Law and Public Policy, and Persuasions: The Jane Austen Journal. She is currently working on The Cambridge Companion to The Federalist (with Jack Rakove, forthcoming from Cambridge University Press) and The World of Emma Woodhouse.