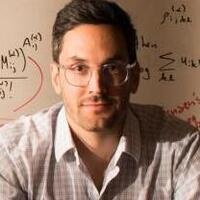 ABSTRACT: Because SARS-CoV-2 can spread from individuals without symptoms, understanding and controlling the virus will depend on two critical forms of testing. The first, called virological testing, looks for evidence of current viral infection, and asks where the virus is now. The second, called serological testing, looks for evidence of past infection, and asks where the virus has been. These tests are imperfect, however, which means that they may return false negatives (imperfect sensitivity) or false positives (imperfect specificity). Unfortunately, in an unfolding pandemic, the sensitivity and specificity of newly developed tests are poorly understood, due to limited data and a constantly evolving science of the disease itself. In this talk I will introduce mathematical and computational models from my research group which refine our understanding
of sensitivity and specificity for both virological and serological tests. These models have led us to reimagine the way that surveillance testing of SARS-CoV-2 could be done, and suggest paths out of the ongoing pandemic through either virological testing alone, or by strategically magnifying the impact of the first generation of COVID-19 vaccines through targeted serological testing.

BIO: Daniel Larremore is an Assistant Professor in the Department of Computer Science and the BioFrontiers Institute at the University of Colorado Boulder. He is also an affiliate of the Department of Applied Mathematics at the University of Colorado Boulder, and is a member of the external faculty of the Center for Communicable Disease Dynamics at the Harvard T.H. Chan School of Public Health. His research develops mathematical methods using novel combinations of networks, dynamical systems, and statistical inference to solve problems in two main areas: infectious disease epidemiology and computational social science. This work focuses on generative models for networks, the ongoing evolution and genomic epidemiology of the malaria parasite, and the origins of social inequalities in academic hiring and careers. Prior to joining the University of Colorado faculty, he was an Omidyar Fellow at the Santa Fe Institute 2015-2017 and a post-doctoral fellow at the Harvard T.H. Chan School of Public Health 2012-2015. He obtained his Ph.D. in Applied Mathematics from the University of Colorado at Boulder in 2012, and holds an undergraduate degree in Chemical Engineering from Washington University in St. Louis.