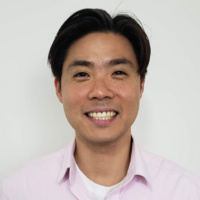 ABSTRACT: In this talk, Dr. Choi introduces the “Character Mining” project that aims to develop innovative models for machine comprehension on multiparty dialogue, and presents his latest work on two tasks, character identification and question answering.  Character identification is an entity linking task that identifies each personal mention as a certain character in a dialogue.  A novel transition-based coreference resolution algorithm is designed to handle both singular and plural mentions, and the agglomerative convolutional neural network is used to develop entity liking models for this task.  For question answering (QA), a new dataset is created, FriendsQA, that tackles span-based QA where the evidence document is a dialogue.  The state-of-the-art contextualized embedding approach, BERT, is used to train advanced QA models for this task.  Additionally, Dr. Choi gives an overview of his ongoing project on conversational AI called “Emora” that aims to bring the true meaning of social chatbot to the community.

Dr. Choi has been active in the field of Natural Language Processing (NLP). He has presented many state-of-the-art NLP models that automatically derive various linguistic patterns and structures from free text. These models are publicly available through the cloud-based NLP platform called ELIT, the successor of NLP4J and ClearNLP, that Dr. Choi has created to promote academic and industrial research. Since he came to Emory, Dr. Choi has introduced novel machine comprehension tasks to identify personal entities and infer explicit and implicit contexts in multiparty dialogue, which can be used to build question answering systems on human conversion. For the application of his research, Dr. Choi has developed innovative models to classify severity levels on radiology reports using deep neural networks and detect early stages of Alzheimer’s disease using meta-semantic analysis, which show similar accuracy as human experts in those domains.