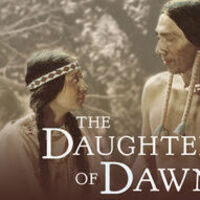 Daughter of Dawn (and the Mont Alto Motion Picture Orchestra)

Daughter of Dawn tells the story of a Comanche chief's daughter torn between two lovers, one wealthy but cowardly, the other poor but honest and loyal. A contest of bravery involving a dangerous jump off of a cliff reveals the true nature of each man.  This silent film features a live performance from the Mont Alto Motion Picture Orchestra (dir. Rodney Sauer)

Free and open to the public