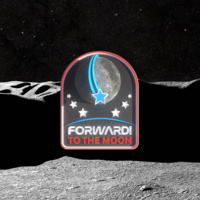 Narrated by Kari Byron from Crash Test World and MythBusters, this film was years in the making and supported by NASA and Lockheed Martin.

NASA’s 21st century Artemis program, named after the Greek moon Goddess and twin of Apollo, is the next step in our mission to explore the universe and land the first woman and person of color on the surface of the Moon.

Special guests will join us to talk about making the film and answer your questions about space exploration to the Moon, Mars and beyond.