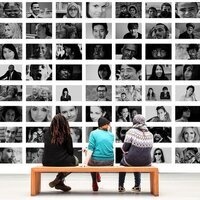 Abstract: What causes members of one ethnic group to hold negative views about members of another group? We theorize that exposure to information about the group being threatening triggers such views, and that such perceptions are further amplified by the threat message being communicated in the recipients’ native (rather than just a frequently used) language. We conduct a survey experiment in India leveraging differential government messaging regarding Muslims and Chinese and recent threatening events associated with each group to investigate attitudes toward members of these groups. The government has been routinely portraying Muslims as threatening, while this has been much less the case with the Chinese. Randomly assigning respondents to take the survey in the native language or English, we find pre-treatment evidence of negative attitudes toward the Muslims (but not toward the Chinese) in the native language survey. This is consistent with the government’s frequent messaging about the Muslim threat, while largely remaining silent on the threat posed by China. Randomly assigning respondents to a threat treatment reveals that attitudes toward the Chinese worsen, especially when the threat treatment is given in the native language. The findings suggest that, in particular, threat communication (whether by a government or a researcher) in one’s native language impacts negative perceptions of ethnic others.

Bio: Jaroslav Tir is a Professor of Political Science at the University of Colorado Boulder, where he has been since 2011. Professor Tir’s primary research interests are causes, consequences, and management of armed conflicts between and within countries. Specific issue topics include territorial disputes, political behavior and attitudes, international institutions, environmental stress, ethnicity, and gender. His research has been published in journals such as the American Journal of Political Science, Journal of Politics, Journal of Peace Research, Journal of Conflict Resolution, and Global Environmental Change. Professor Tir is a co-author of the book Incentivizing Peace (Oxford University Press) and his work has been funded by the National Science Foundation.

Sponsored by: Program on International Development