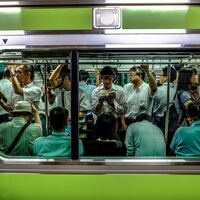 Title: "Population Pressures: Effects of Aging on the Japanese Macroeconomy"

Abstract: Japan has become a super-aged society, and these changes in the age distribution of the population have major macroeconomic implications. This paper reports evidence that changes in population age shares have powerful long run influences on key macroeconomic variables of Japan’s economy. These findings are established through contemporary tests of cointegration, embedded within a set of dynamic error correction equations. Based on alternative variants of the United Nation’s population projections, this system of equations is solved to trace out future trajectories of key macroeconomic variables for Japan. These simulations provide further evidence of the importance of demographic changes for Japan’s macroeconomic future. Moreover, the projected macroeconomic future is not as pessimistic as suggested by simple linear extrapolation of demographic trends. As the society that is most advanced in population aging, these findings offer important lessons for other countries that are on similar paths of demographic change.

Bio: Robert McNown is Emeritus Professor of Economics and a Research Associate with the Institute of Behavioral Science at the University of Colorado, Boulder. He received his BA in Economics from UCLA and his PhD in Economics from UC San Diego. His primary areas of research and teaching interest are Econometrics, Time Series Analysis, Demography, and International Economics. He has published widely in academic journals covering these fields of specialization.

Dr. McNown has held visiting faculty positions at Tribhuvan University (Kathmandu, Nepal) as a Fulbright Lecturer, People’s University (Beijing) under World Bank sponsorship, Semester at Sea, the Department of Econometrics at Sydney University (Australia), and at the National Economics University in Hanoi, Vietnam as a Fulbright Scholar. In addition, he has lectured on his research and led econometrics workshops at universities in Vietnam, Thailand, Malaysia, Indonesia, India, Namibia, Libya, Norway, Slovakia, and Egypt.

While continuing to pursue academic research, especially with former graduate students, he is also engaged in professional training, as well as modeling and forecasting projects through his consultancy, JTC Econometrics. He has conducted econometrics training sessions at the Bank of Kenya, the National Bank of Croatia, Haver Analytics in New York, the International Monetary Fund, the Bank of Korea, the Department of Finance of Canada, and the National Association for Business Economics. He is also involved in the construction of macro-econometric models for forecasting key indicators of the national and Colorado economies in order to project state, local, and district tax revenues. These activities have included consultancies for the Governor’s Office of Colorado, the Regional Transportation District of the Colorado Front Range, the Office of Finance at the University of Colorado, and the City of Aurora, Colorado.

Light lunch will be provided beginning at 11:45 am.