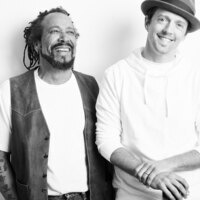 Grammy-winning musician Jason Mraz will re-release his first ever album, Live & Acoustic, this fall in honor of its 20th anniversary. Released in 2001, the album encapsulates Mraz’s early but formative days performing in the San Diego coffee shop scene.  Live & Acoustic (20th Anniversary Edition) will include two previously unreleased bonus tracks and will be offered on vinyl for the first time.  A vinyl pre-order is available at Mraz’s site, and the album will be available at all DSPs on November 5th.

To celebrate the album’s anniversary, Mraz hits the road with longtime collaborator since his coffee shopt days Toca Rivera,