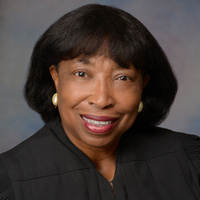 Join the University of Colorado Law School for the tenth annual John Paul Stevens Lecture. Bernice Donald, United States Circuit Judge of the United States Court of Appeals for the Sixth Circuit, will deliver this year’s lecture at 5:30 p.m. MT on Tuesday, Oct. 19.

The Honorable Bernice B. Donald, appointed by President Barack Obama and confirmed by the Senate 96-2, has been on the Sixth Circuit for the last decade. As she steps down from the bench to retire, it is fitting that she will mark the Stevens Lecture’s tenth anniversary with her poignant insights, lessons learned and reflections about the judiciary and legal system.

Judge Donald is an incredible jurist and pioneer. She has received over 100 awards during her career, including the ABA’s Lifetime Liberty Achievement Award and Women Trailblazers Project feature. She was the first female president of the American Bar Foundation, and has served as the President of the National Association of Women Judges and the Association of Women Attorneys. She was the first African-American female on numerous courts, including the Sixth Circuit. Indeed, she has been a leader since childhood, integrating schools in Mississippi.

Judge Donald is praised for her balanced judicial temperament and is known for her critical dissents and groundbreaking decisions. In addition to her accomplished career as a jurist, she teaches and has published numerous articles, many in the areas of implicit bias and constitutional law. She taught and led programs all over the world, including Romania, Turkey, Brazil, Russia, South Africa and Zimbabwe.

The Stevens Lecture, sponsored by Colorado Law’s Byron R. White Center for the Study of American Constitutional Law, is free and open to the public. Judge Donald will deliver her lecture, engage in a fireside chat with Professor and Director of the White Center Suzette Malveaux and answer student questions.