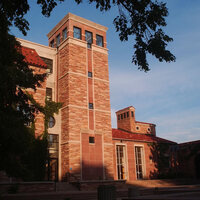 Reactive Intermediates & Group Transfer Reactions.  We design and synthesize molecular precursors that can be activated by a stimulus to release a small molecule of interest.  The molecular precursors themselves are isolated as crystalline solids; they are typically soluble in common organic solvents and can be weighed out and used as needed.  For example, the molecule P2A2 (A = anthracene or C14H10) is a molecular precursor to the diatomic molecule P2. Compounds having the formula RPA serve to transfer the phosphinidene (PR) group either as a freely diffusing species (R = NR’2, singlet phosphinidene) or else by inner sphere mechanisms (R = alkyl, triplet phosphinidene). Using the RPA reagents we are developing reactions analogous to cyclopropanation and aziridination for delivery of the PR group to olefins with the formation of three-membered P-containing rings, phosphiranes.
Sustainable Phosphorus Chemistry. The industrial “thermal process” by which the raw material phosphate rock is upgraded to white phosphorus is energy intensive and generates CO2. We seek alternative chemical routes to value-added P-chemicals from phosphate starting materials obtained either by the agricultural “wet process” or by phosphorus recovery and recycling from waste streams. Trichlorosilane is a high production volume chemical for its use in the manufacture of silicon for solar panels. We show that trichlorosilane is a reductant for phosphate raw materials leading to the bis(trichlorosilyl) phosphide anion [P(SiCl3)2]- as a versatile intermediate en route to compounds containing P-C bonds.
Metaphosphates and Phosphorylating Methodology.  Crystalline metaphosphate salts with lipophilic counter cations are useful starting materials applicable in polar organic media. “Metaphosphate” refers to the inorganic ion PO3(-) which, unlike its chemical cousin, nitrate, exists not as a monomeric species but rather as oligomeric rings: [(PO3)n]n-. These cyclic phosphates can be converted into electrophilic phosphorylating agents (a) by treatment with peptide coupling reagents, or (b) by conversion into their crystalline acid forms and subsequent dehydration. Such activated cyclic phosphates can be used directly for oligophosphorylation of C, N, and O nucleophiles. Phosphorylation of the Wittig reagent leads to a new phosphorus ylide with a cyclic phosphate as the C-substituent and a non-hydrolyzable P-C bond, allowing for conjugation of oligophosphate groups to a biomolecule of interest by aldehyde olefination.