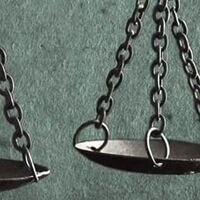 Measure for Measure: A play by William Shakespeare

In this eight-person, one-act abridgment of Shakespeare's "Measure for Measure," religion, government and justice collide following the reinstatement of old morality laws in Vienna. Written in the early 1600s, "Measure for Measure" asks a staggeringly relevant question—without evidence, who must we believe: men in power or the women who accuse them?

This performance will be streamed at: https://cupresents.org/performance/11855/cu-theatre/measure-for-measure

Free or pay what you can