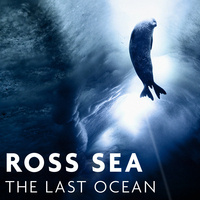 The Ross Sea Antarctica is the last ocean frontier not yet irreversibly harmed by human activity. Pollution, invasive species and overfishing rendered the region under siege. For over 12 years, Boulder artist John Weller, a team of scientists, policy makers and ordinary citizens from around the world worked tirelessly to designate the Ross Sea a protected status in an effort to save species and preserve a significant site of climate research. In 2016 their endurance paid off, and the region is now the world’s largest official Marine Protected Area (MPA)! Learn more about the Ross Sea, its biologically diverse ecosystem and what is possible when we rally together on behalf of our extraordinary planet. English and Spanish. View in-person in our  BioLounge Gallery or online via our Museum From Home page.