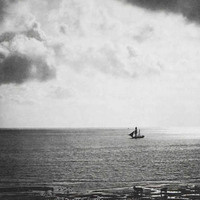 Posthuman Landscape Studies consists of a set of works spanning text, audio and video that examine several facets of the agent-environment relationship in the heyday of the Industrial Revolution. This period has become an important object of research for Roberto because it saw the emergence of evolutionary theory, mass production and automation, ideas and practices whose importance for our own time is hard to overstate. This installation plays with some documents from that time—photographs, a novel, the recording of an old song—and combines them with more recent technology, like B2’s motion capture system, to create a window into a speculative machinic ecology.

Roberto Azaretto is a multimedia artist. Trained as a composer, his practice eventually grew to include tools from other arts, resulting in audiovisual installations and digital objects. Nature, its role in the history of Western culture, and the binaries it has been made to participate in are a frequent source of interrogation in his work, as is the impulse toward abstraction and the materiality of media.

Brad Gallagher's practice revolves around writing, coding, sound and new media with a focus on how computation intersects these different mediums. He has had a lifelong interest in how simple rules give rise to complex behavior, how order arises from chaos and how systems with many interacting parts exhibit self-organization. As an artist he draws inspiration from and directly leverages these principles to create interactive, dynamic and emergent content. He reflects these practices back into traditional writing, creating a feedback loop of influence amongst the mediums of his work. He graduated with a BFAW from the School of The Art Institute of Chicago in May 2019.

Virginia Mantinian was born in Buenos Aires, Argentina in 1979. She holds a degree in composition from the Universidad Nacional de Rosario. Her production between 2007 and 2017 has been nourished by analogies between culinary and musical art. Recently, her interest has been redirected towards collaborative work and the sensitive dimension of the configuration of space in the imaginary using technologically mediated acoustic instruments. She is a member of the Red de Compositoras Latinoamericanas - redcLa. Her works have been premiered by Carolina Aguirre Anderson, Juliana Moreno, Valentín Garvie, Jean-Jacques Dünki, Andrea García-Martín Devoto Duo, New Mexico Contemporary Ensemble, Klexos Ensemble, Tsunami Sax Quartet, Ensemble Opera Nova of Zürich, String Quartet of the Universidad de Tres de Febrero, and Kaparilo Ensemble among others.