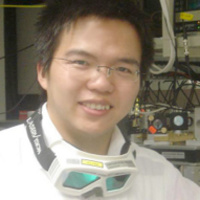 "Critical Dynamics across the Atomic Resonance"

Understanding quantum many-body systems with strong interaction and the unconventional phases therein is one of the most challenging problems in physics nowadays. Cold atom systems possess a natural way to create strong interaction by bringing the system to the vicinity of a scattering resonance. In this talk, I will mainly present two experimental results showing the critical dynamics near an atomic resonance. On the one hand, we observed a broad d-wave shape resonance in degenerate 41K gas. A breathing mode will be excited by ramping through this resonance. The oscillation of the breathing mode suggests that a quite stable low-temperature atom and molecule mixture is produced. On the other hand, we study the annihilation dynamics of a large number of vortices and Anti-vortices generated by thermally quenching a fermionic superfluid of 6Li atoms in an oblate optical geometry from BEC to BCS crossover. Universal algebraic scaling laws in both time and space are revealed in all the experiments and further found to agree with a Glauber dynamics in Monte Carlo simulation of the classical XY model and with field-theoretical calculations. Finally, decay dynamics of the vortices through the BEC-BCS crossover is studied.

This presentation is sponsored by the CU/Boulder Quantum Center with the generous support of The Caruso Foundation.

Refreshments will be served prior to the talk.