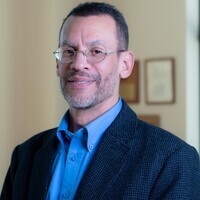 Race and the Law Series: "The Diversification of Inequality -- The Question of Class and the Politics of Inclusion"

In this virtual lecture, part of the University of Colorado Law School’s Race and the Law series, Professor Ahmed White will explore how in recent years, “diversity” and “inclusion” have taken hold as governing precepts of “social justice” activism and given new meaning to civil rights and renewed relevance to the quest for social equality. But these concepts have also emerged as ways of justifying the extraordinary economic inequality that defines our times, as they counsel legal and political reforms that accept the essential legitimacy of the structures that underlie economic inequality and are preoccupied with making those structures more representative.  In this way, diversity and inclusion have served less as means of advancing genuine equality than as methods for lending the appearance of democracy to a fundamentally undemocratic social order.

This program of diversifying inequality has its roots in a reconciliation of leftism with the politics of liberalism in New Deal and Postwar America, and likewise in a fateful dispute within the civil rights movement that ended with an initial push for structural economic reform sidelined in favor of an approach to racial justice premised, instead, on private litigation, individual rights, and the principles of antidiscrimination. It draws essential support from a class of affluent minorities and women that it helped create. And it is fully realized today in the great success with which powerful corporations, oligarchs, and privileged professionals use diversity and inclusion to assert their own legitimacy and rule over the workplace, the cultural sphere, and the political order.

The Race and the Law series is part of Dean Anaya's Anti-Racism and Representation Initiative. Announced in July, the yearlong initiative includes a broad range of actions and programs to confront racism and advance greater inclusion in legal education and the legal profession.