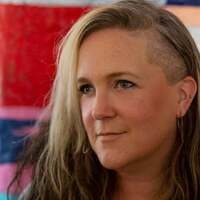 She has worked extensively as a producer and cameraperson for series on A&E, Discovery, OWN and TNT. She received her BA in Art, Film and Visual Studies from Harvard College and her MFA from New York University. Currently she’s an Assistant Professor at Ithaca College.