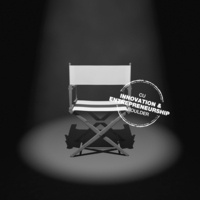 Silicon Flatirons presents David Brown and David Cohen as our featured entrepreneurs with Brad Bernthal as the moderator.

Entrepreneurs Unplugged attracts star entrepreneurs who share candid stories and insights in an engaging and infor­mal setting. The unplugged series serves as a meeting place for campus and community members to gather and learn about en­trepreneurship through the experiences of a successful entrepreneur.

David Brown, Founder, Co-CEO, Techstars
David is a serial entrepreneur who has founded three startups and been involved with two others. He is one of the original founders of Pinpoint Technologies, Inc. which is now part of ZOLL Medical Corporation and provides solutions to the emergency medical services market. He was President of the company from founding through over $50M per year in revenue and over 250 employees.

David later co-founded Techstars along with David Cohen, Brad Feld, and Jared Polis. He has been an investor and advisor to Techstars since inception. In 2013, he joined Techstars in a more active role, overseeing global operations.

David Cohen, Founder, Co-CEO, Techstars
David has been an entrepreneur and investor for his entire life. He has only had one job interview in his career, successfully got that job but then quit shortly thereafter to start his first company. Since then, he has founded several companies and has invested in hundreds of startups such as Uber, Twilio, SendGrid, FullContact, and Sphero. In total, these investments have gone on to create more than $80B in value.

Prior to Techstars, David was a co-founder of Pinpoint Technologies which was acquired by ZOLL Medical Corporation (NASDAQ: ZOLL) in 1999. You can read about it in No Vision, All Drive. Later, David was the founder and CEO of earFeeder, a music service that was sold to SonicSwap. He also had what he likes to think of as a “graceful failure” in between.

David is the co-author (with Brad Feld) of Do More Faster; Techstars Lessons to Accelerate Your Startup.