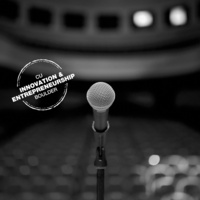 Mike Shehan is currently the CEO of SpotX, the leading video advertising platform shaping digital video and the future of TV globally. SpotX is used by nearly all major OTT media owners in the US, such as Discovery, Disney, Roku, Samsung, and Viacom. SpotX reaches 4 out of 5 viewers of ad-supported CTV, or 70 million households, and transacted nearly $1 billion in media spend between buyers and sellers in 2020.

In 2005, Mike started SpotX (formerly SpotXchange) as a division of Booyah Networks, which he co-founded in 2001 as a self-service paid search network. SpotX spun off as its own company in 2007, and then sold in 2017 to RTL Group at a market valuation of $400 million.  Mike also led the sale of SpotX again in 2021 to Magnite for an estimated $1.2 billion (closing expected in early Q2).  In its entire history, SpotX has only raised $13 million in primary capital.

Entrepreneurs Unplugged is a meeting place where faculty, students, and community members learn about and get involved in entrepreneurship. In particular, the program offers students, faculty, and the Front Range startup community an opportunity to learn how a successful startup is created as well as an opportunity to network. Each session features an experienced entrepreneur discussing their startup experiences.