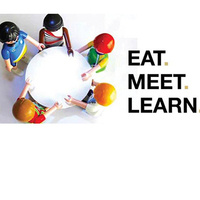 Startups & Sandwiches brings seasoned entrepreneurs, venture capitalists, and tech leaders together with the best sandwiches the city of Boulder has to offer.

Reserve a spot to hear the story of Sanitas Brewing Company, one of Boulder's best craft breweries, and its co-founder & CEO. Come learn what it takes to carve out a path to success in the brewing business in a city that's renowned for its craft beer.

Mike had dreams of playing baseball for the Oakland A's before a string of injuries and strong dose of reality aligned him with brewing. It was in college that he began experimenting with what would soon become his lifelong passion. As the story goes, what started as a hobby evolved into an obsession. ​During his time at the University of Colorado in beer-loving Boulder, Mike carved out time between classes and powder days to work at Oskar Blues Grill & Brew. Following graduation, he took over as a brewer at Boulder Beer where he would spend several years developing creative beers and chasing his dream of opening a production brewery of his own.

A recurring series hosted by the Deming Center for Entrepreneurship in Leeds, each Startups & Sandwiches event provides up to 30 students with a unique opportunity to meet and network with executives and founders alike, and participate in a presentation, challenge, or discussion facilitated by our guest. Each guest brings their own flavor to their session, and no two lunches are alike. Glimpse into the startup ecosystem—and try the Deming Team’s favorite local sandwich shops.

Seats are limited and open to any student on campus, so be sure to RSVP quickly and let us know if you can’t attend so we can open your seat to someone else.