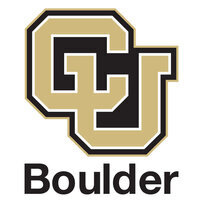 It’s been more than a century now that we’ve set aside the notion of spacetime as a fixed, rigid stage on which matter, making up everything from galaxies down to us, is the only player. Rather, both spacetime and matter are trapped in a choreographed dance where spacetime tells matter how to move and matter tells spacetime how to warp and curve. However, this relationship is complicated by the discovery that reality is quantum mechanical, allowing for the spooky phenomena of quantum superposition and entanglement. The quantum mechanical interaction between matter and spacetime has been the subject of intense research during the past 50 years, with outcomes from the definitely wrong to the completely insane. I will survey this wild history and describe some of the recent developments of how the structure of spacetime gets fundamentally altered in order to be consistent with quantum mechanics.

Register to attend the webinar on Zoom: https://cuboulder.zoom.us/webinar/register/WN_1515ammMQnOPpKeJr_I4Gg