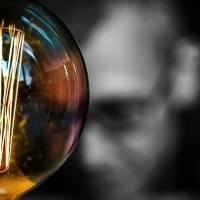 The Cage by Bob Holroyd

For one night only the Fiske Planetarium will be transformed in to 'The Cage' to accompany ambient, avante garde English composer Bob Holroyd's new album.

Meet and greet Bob personally before being immersed in sound and light at this amazing, spectacular venue with an enormous domed screen and superb sound system.