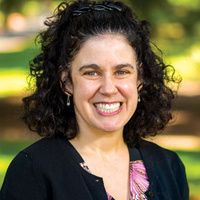 Title: Cold-War Coeds: The Untold Story of Japanese Students Sponsored by the US Military

Description: Between 1949 and 1952, the US Army sent 787 Japanese students to study at American graduate schools for one year as part of efforts to “reorient” the people of Japan. Among them were around 182 women. These ideological fellowships meant for one-way American re-education of Japan paid off in unexpected dividends for women in their personal and professional lives. Equipped with new learning and overcoming gender biases, exchange students became a hidden force in postwar development who forever changed women’s roles in Japan and the United States. Drawing upon personal interviews, archival research, and memoirs, this talk relates this forgotten chapter in the history of education and Japan-US relations and traces stories that are truly inspirational.

About the Speaker: Alisa Freedman is Professor of Japanese Literature, Cultural Studies, and Gender at the University of Oregon and the Editor-in-Chief of the US–Japan Women’s Journal. Her books include Japan on American TV: Screaming Samurai Form Anime Clubs in the Land of the Lost, Tokyo in Transit: Japanese Culture on the Rails and Road, an annotated translation of Kawabata Yasunari’s The Scarlet Gang of Asakusa, and co-edited volumes on Modern Girls on the Go: Gender, Mobility, and Labor in Japan and Introducing Japanese Popular Culture.