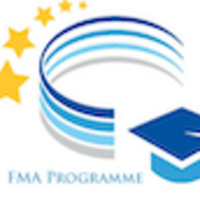 The Multi Financial Framework and Next Generation EU: A Tale of Timing

The multiannual financial framework (MFF) budget of the European Union; a proposal which drags on for two years without negotiations is recasted, and then gets consensus in five days in an institution of 27 members. The same proposal gets consensus in a few months, but then is stalled for more than a year, only for it to be recasted in another institution of 705 members.

The legislative procedure of the European Union is complex and for many looking from a distance, chaotic. It is particularly true in 2020, when the legislative and the financial cycles coincide and get entangled with the lengthy Brexit negotiations. If this was not enough, COVID- 19 made a disruptive change on both the political goals, the budget allocations, and the timeline of the negotiations at the finish line.

The lecture will be made of three parts:

Edit Herczog was a Member of European Parliament (MEP) from 2004- 2014. Her own small consultancy is providing long term compass to generate competitive advantage based on excellence. Interested in the future and prosperity she mostly works on subjects of Data, Research, ICT and Energy, and the Budget as a main ingredient to them. This is the third MFF in which she is engaged. Edit is a committed ‘transatlanticist’. She is a Board member of the Transatlantic Policy Network an NGO registered in Washington DC to build bridges between EU and US Parliamentarians, civil servants, and businesses. She is also member of the Global Council of the Research Data Alliance. She visited Denver in 2016 as a keynote speaker at the RDA Plenary.

Edit is Hungarian and lives in Brussels. Before being elected as a politician, she worked for Unilever and ICI.  She understands the East and West divide. Her motto from the beginning of her career is: “find what unites and understand what divide us”.

We will send you the Zoom link after you register.

Zoom link will be sent after you register.