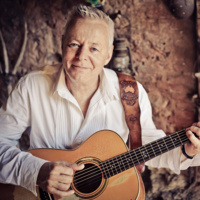 Tommy Emmanuel is one of the most talented acoustic guitarists worldwide, his skills to use a guitar as a percussion as well as a stringed instrument makes him unique. He started playing guitar when he was six and started playing shows at an early age. He was awarded C.G.P By Chet Atkins and now signs his autographs with CGP. He performed in front of hundreds of thousands at the Sydney Olympics in 2000. He is currently touring the world. Tommy has the award of being the greatest living acoustic guitarist and comes number 3 in the world's greatest acoustic guitarist (living and dead). - IMDb