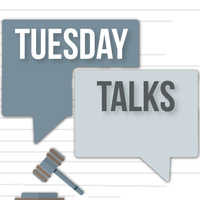 Before arriving at Dayton Law, Dean Strauss was the Associate Dean for Faculty Research and Strategic Initiatives and a Professor of Law at Widener University School of Law in Wilmington, Delaware. He earned his Bachelor of Arts from Princeton University’s Woodrow Wilson School of Public and International Affairs and his Juris Doctor from New York University School of Law where he served as a staff member on the Review of Law and Social Change. Prior to joining the Widener Law faculty, Dean Strauss practiced law in New York City for the law firms of Shearman & Sterling and Graham & James. His practice centered on international banking and finance. In the spring of 2008, he was a Visiting Professor at the University of Notre Dame Law School, and in the fall of 2008, he and two colleagues became the first faculty members at Widener to be awarded the title of Distinguished Professor of Law.

Dean Strauss is a frequent speaker and commentator on matters of international law and policy with articles appearing in such publications as The International Herald Tribune, The Nation, and The Financial Times. Among his contributions to the broadcast media, his radio commentaries have been aired on Public Radio International’s Marketplace.

Dean Strauss also served as a Fulbright Scholar in Ecuador where he studied tribal politics in the Amazon. He has taught Singaporean constitutional law on the law faculty of the National University of Singapore, and he has been a lecturer at the European Peace University in Schlaining, Austria. In addition, he has served as the Director of the Geneva/Lausanne International Law Institute and the Nairobi International Law Institute. Domestically, he has been an Honorary Fellow at New York University School of Law’s Center for International Studies. In 2006 he delivered the Henry Usborne Memorial Lecture in the British Houses of Parliament.

Dean Strauss is internationally active in many civic and professional organizations. He has conducted human rights missions to Asian countries and been a consultant to both Human Rights Watch and Human Rights First.