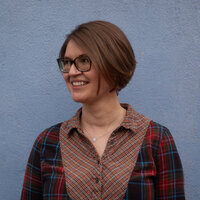 What Does the “Word Gap” Get Wrong About Language? Almost Everything - Graduate Capstone Lecture - CANCELLED DUE TO ILLNESS

Presented by Megan Figueroa (University of Arizona) - CANCELLED DUE TO ILLNESS

For nearly 30 years, the infamous “30-million-word gap,” or “word gap” for short, has guided and influenced work in the fields of psycholinguistics, neurolinguistics, cognitive science, education, pediatrics, and even economics. The gist of the argument is this: hearing children from economically disadvantaged households will be exposed to 30 million fewer words than their economically privileged peers by the time they are 4 years old (Hart & Risley, 1995). This experiential “gap” will impact language and cognitive development, and later academic and economic success. This puts an incredibly high premium on words. The problem, however, is that work under this tradition misrepresents the nature of both language and language development. In this talk, I will lay out the major fallacies that “word gap” research perpetuates and argue that these misrepresentations invalidate any conclusions that can be drawn from work assuming the veracity of a “word gap.”

(You need to join using your CU e-mail address)